Andy Heck Boyd had the premiere of his solo show called DIGITAL PRINCE last week at Kittery, Maine’s premier avant garde art space, BUOY GALLERY. The show runs through September 15th. Several of Andy’s prints, many of which have already sold, as well as video projections of his Absurdist Video Art are on display.

A wonderful mini-documentary on the show, and of Andy, was put together by WeLiveinNewYorkAndLA.com and can be viewed below.

ELI E / KELLY B . “Moonscape of Failed Hope Finds a Yesteryear of Good Fortune”
Continued from their recent sessions.

BUZZ COASTIN. “SEE THE MAN AT TURD & PUNCH BOWL”
a video mix mashter of current event reality sewn together with commentary and mirrored with b-movie fictionality.

BOYD has been pumping out videos, but not the one’s we are used to seeing, rather videos of his completed artwork (drawing/painting), and also as of recently, some experimental vlogging which include his art, himself in his surroundings, and everything from random thought nuggets to bits of his personal past.  They work.

He hasn’t left filmmaking though, as the above video reveals. Boyd recently completed HOWARD (2012)  a 14 min. short featuring a headless main character who deals with the art conundrums which Andy seems to possibly be dealing with – be a painter or be an absurdo-weirdo video artist? He makes fun of the latter putting Headless in front of a video camera as he dances around absurdly, then gets tired so sits down in a chair for a supposed serious scene with a kermit the frog-head actor, but Headless can’t help himself; he plays with his balls while mumbling absurdities, eventually falling over the chair and passing out. Kermit-head says “I think you should go back to painting”.

HOWARD has probably the best use of font/lettering in all Boyd’s pieces. Big colored block letters, making the dialogue pop out while interesting and easy to read. It also has some laugh the fuck out loud enormous penis shots that come out of nowhere, great absurdist dialogue, and some good music collaboration (shaun parker), which probably could have been used more throughout the whole film. It’s a big work which shows, I think, that Andy will still be pumping out video art, even as his paintings, especially portraits, continue to get better.

Andy’s art site can be found at: http://andyheckboyd.tumblr.com/

When they’ve immersed themselves fully in their usual outlets for creation, a holding capacity seems to be breached, and when that compulsion hits, then an overflow occurs.   They often find themselves blindly branching out to places they normally would never have bothered with, out of sheer compulsion to do so, rather than some sort of engineered “creative exploration”.

….(In some cases) they choose to create in an entirely different medium altogether.

Due to a wrist injury forcing a break from animating, but more so I believe the aforementioned compulsory spill over effect, Andy Heck Boyd began painting, and in turn cranking out, work after work after work. He recently picked up his video cam and has begun showcasing his B Side outlet for Absurdism, which has reached a new surface of outsider art afficiondo’s, many who likely never saw the video art animated side of Boyd, but are now willing to not only view, but also shell out money for many of Andy’s canvases. Here’s a montage of recent artwork starting with “Inside Bugs Bunny’s Dumpster” and ending with “Pretty Girl Go Poo” (aka”Girl Shitting”).

the Peter the Painter wanted to hole him,

was consistently practising the first of the primary

and imprescriptible liberties of the pacific subject by circulating 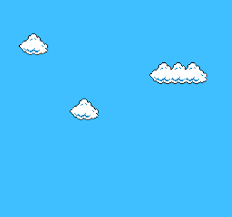 “Triggers” a term possibly first coined by Eric Fournier to describe some of his short spasmatic Shaye Saint John pieces, can also be extended to describe other Absurd Video Artists who have been employing this style for years.

Neither “short film” nor “sketch piece”, these triggers tend to exist somewhere between “test clip” and “stand alone visual art”.

To the archaic alternative and even experimental film purveyor, Trigger pieces have been discounted and swept aside as their lack of label have confused and agitated the alter-establishment (of course showing 20 seconds of mundane 16mm leader film is acceptable in the usual avant garde circles and considered part of a risk taking experimental film.  “Ooooh, he showed leader!”  Pathetic, par usual).

But Triggers can also be seen as “releases”.  Similar to a gun enthusiast feeling the heavy urge to pull a trigger and unload a few rounds, the video artist similarly experiences the necessity to unload using whatever creative arsenals on hand.

Triggers are performed without the restraint of the usual mundane burdens of visual coherency, plots, titles, credits etc.  They’re meant to trigger off some creative energy for creativity’s  sake;  the necessary high that a quick heroin street fix brings to the junkie, the video creator locks, loads,  and spews forth a premature ejaculation through the visual medium.

Andy HECK Boyds latest is a 5 part featurette called MENSTRUATION.  Boyd is an absurdist underground lo-fi movie maker creating a prolific collection of experiments, 10 second clips, and full on features all in the animated non sensical vein.  Some of the best transgressive cinematic trash gems out there which are way ahead of their pre-apocalyptic time.